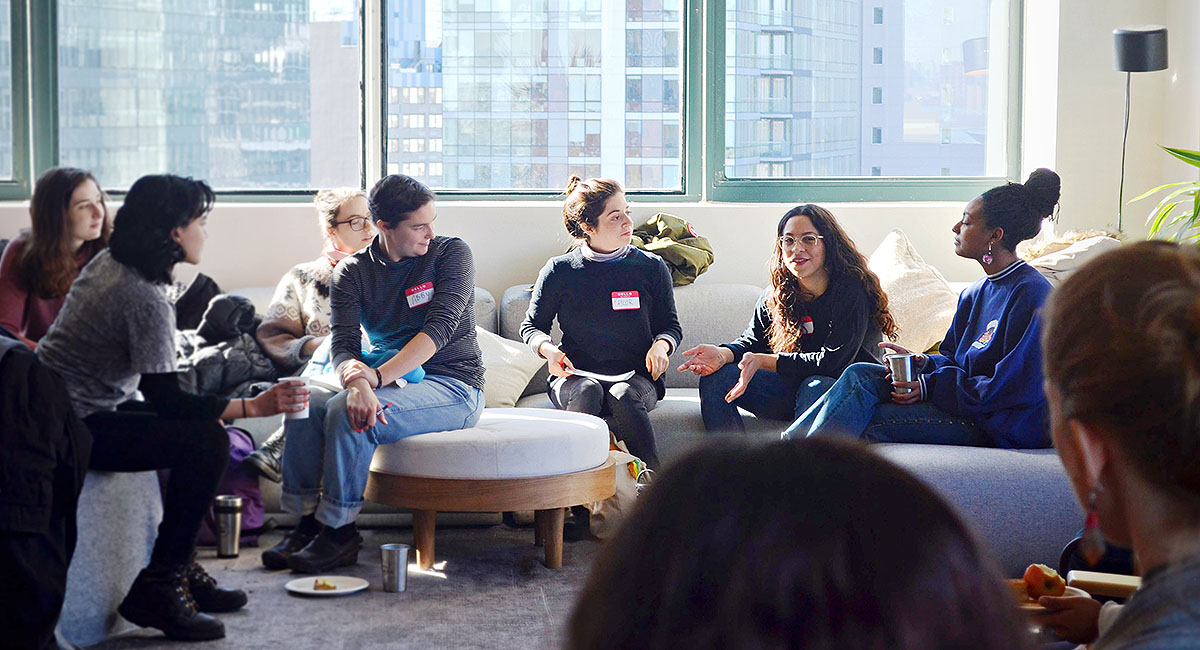 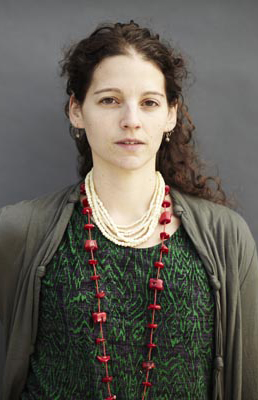 Stacey has developed curriculum, recipes, and taught healthy, international cooking classes in New York City public schools, after-school programs, camps, ELL and GED classes, the Institute of Culinary Education, and more — for youth (aged 2+), young adults, and adults since 2007. She began Allergic to Salad in 2010 to share her experiences and recipes in the kid cooking trenches. It has since grown into the project it is today— to after-school classes, parties, tours and more! She has developed recipes with The New York Times’ Mark Bittman on his cookbook, Kitchen Express, the Food Network TV show, Cooking for Real (Sunny Anderson), and recipe tested for Body and Soul Magazine (Martha Stewart Omnimedia). Her writing and recipes have appeared in numerous print and online publications, including a current partnership with Sustainable Table and the Kids Cook Mondays Campaign. Her food programming efforts have reached over 80,000 children and adults since 2007. Stacey has a Masters in History of Education from New York University and is a contributing editor to the textbook Contemporary Issues in Curriculum (2006/2011/2015). 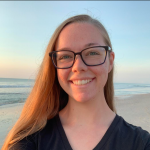 McKenzie has been an educator with ATS since September 2019, teaching virtually since spring 2020, and program assistant since August 2022. She loved teaching in NYC schools, equipped with a backpack full of veggies, but decided on suburban life and moved to Holly Springs, North Carolina in July 2020. She is grateful to continue educating students, and now supporting the program, states away! McKenzie has taught nutrition and cooking classes for all ages for the past 7 years. She is a registered dietitian nutritionist on a mission to break down diet culture. As a lifetime lover of food, she is passionate about dispelling the myths and telling the truths of nutrition. In addition to her ATS duties, she currently teaches nutrition classes through the county hospital system, does cooking demos at the local farmers’ market, bartends at a movie theater, and runs her own intuitive eating counseling practice. In her free time, she enjoys being active outside, watching the same tv sitcoms over and over, discovering new music, and eating charcuterie! 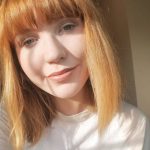 Nikita has been an educator with Allergic to Salad since January of 2020, teaching in schools and online. She is originally from Ireland, grew up in New York City, and is now currently based in Amsterdam, Netherlands as Allergic to Salad’s program assistant. She is so happy that she can still be involved with ATS, helping connect children to healthy food in schools, even from the other side of the world. She has been teaching culinary classes to kids for six years, has taught yoga and English classes in Spain and France, and served with FoodCorps in Ventura, California. Outside of Allergic to Salad, Nikita is completing her Master’s in Psychology at CUNY School of Professional Studies and also works in their career services department. Her passions are health, wellness, child development and education, as well as traveling and exploring different cultures. 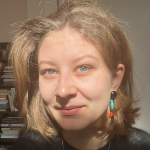 As a recent immigrant from Russia, I retained a strong attachment to the food culture of my country. However, my food identity began to form on the first day of Nutrition class at Montclair State University. Professor in the Food Studies department said “Eating is the most intimate process. You put food in your mouth, it nourishes your body, and becomes you.” This inspired me to pursue my further studies and career in Nutrition and Food. Interning at an urban vertical farm focused my attention on the Sustainability Development Goals 2030 which have shaped my long-term agenda to examine the current issues and educate others. Therefore, I believe that food education is essential from an early age. I am extremely excited to work with young learners and offer new perspectives of the world of food to children. 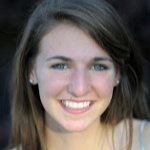 Hailing from the Pacific Northwest, Eirann’s love for food started at a young age, in her backyard garden, growing and eating her family’s own fruits, vegetables, and herbs. She holds a BA in Environmental Policy and French from Williams College, and she recently earned an MA in French while living in Paris. Her passion for food and sustainability manifests in numerous ways—in offices of non-profits, kitchens, farm fields, and classrooms. Eirann also loves to teach, learn, and play alongside kids. She believes that inspiring children to understand and care for the health of themselves and their surroundings is perhaps the most important thing we can do to ensure the world’s present and future well-being. She enjoys spending lots of time outside, gluten free baking, rooftop gardening, and is especially fond of cheese. 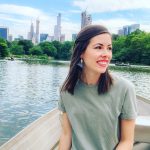 Stephanie is a writer focusing on nutrition, health, and lifestyle topics. She has a background in nutrition education and has experience working in afterschool programs in Tennessee, Washington State, and New York City. She started her career by working as a demo specialist with Whole Foods Market where she created easy and nutritious recipes for customers to taste and make at home. Stephanie is an avid runner and baker. In her free time, she loves making granola and baking brown butter chocolate chip cookies. She enjoys sharing her cooking skills with her students and hopes they will feel excited to learn about new ingredients and techniques as they make recipes together. 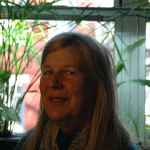 Christy Robb is a native New Yorker who has worked in social services
all of her career. She has worked in numerous settings from a homeless
youth drop-in center to emergency food programs. Along the way, while
running a food pantry program in lower Manhattan she became
involved with initiatives to bring local healthy foods to communities
without access. Through this she became a community chef with United
Way and a culinary educator for the Department of Health and
eventually as a culinary educator for Allergic to Salad. She is happiest
when cooking with students of all ages leading them into the fascinating
and joyful world of food and its many splendors. 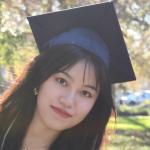 Yvonne is a food educator with Allergic to Salad. She finished her bachelor’s degree in Clinical Nutrition at UC Davis, and is pursuing her master’s degree in Biostatistics at Columbia University. She loves cooking, baking, and traveling. Her experience as a teaching assistant in an art studio helps her get along with children. Her internship in nutrition department at the CDC gave her chance to educate children about nutrition knowledge. She thinks it’s crucial for children to know about food and have a good eating habit to maintain healthy lifestyles. 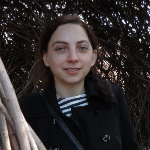 Sara has a background in early childhood education and teaching visual arts. She is enthusiastic about connecting children to healthy food because she believes good nutrition is critical to success both in and out of school. Sara enjoys learning about growing food and the natural world, and wants to share that enthusiasm and knowledge with her students. Teaching at Allergic to Salad allows her to combine her passion for empowerment through self-reliance with her love of healthy eating. She has a B.A. in History and is a NYC Compost Project certified master composter. 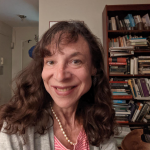 Pamela Renner is an educator,  writer and illustrator from New York City. She has taught English and arts journalism in universities in the Republic of Georgia and Kazakhstan – as well as in New York City high schools and Empire State College. Her public radio features have been broadcast on WNYC, and her food writing has appeared in Saveur. An enthusiastic home cook, she is thrilled to be working with ATS. Cooking is magical when you share it with friends. 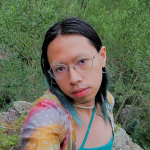 Andrew is a chef, baker, and educator with a strong passion for food justice. Born and raised in Indonesia, they have been exposed to a wide array of flavors and cooking styles. Food is an integral part of their cultural identity and it has always been their dream to share their cooking knowledge with others. As a graduate of The Culinary Institute of America, Andrew has the experience and professional skill to teach students cooking skills and help them develop a diverse and healthy palette at an early age. Besides spending hours in their kitchen developing new recipes, Andrew loves going on hikes around nature, taking care of their plants and herbs in the community garden, and enjoying live music around NYC. 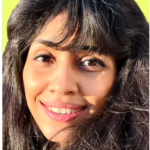 Twesha is a physician by profession and is currently pursuing public health at NYU. Her professional background gives her knowledge of healthy eating and living. Due to her love of children, she aims to become a pediatrician. Additionally, she enjoys teaching and learning from others. Having the opportunity to teach at Allergic to Salad combines her passions for healthy diet and exercise. 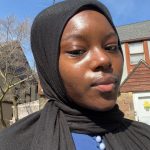 Born and raised in New York City, Halimah has always demonstrated a passion for justice and serving her community. In 2021, Halimah earned her Bachelor’s degree in Forensic Psychology from John Jay College of Criminal Justice in addition to working as a college writing tutor and hosting poetry workshops for college students. In March of 2022, Halimah joined ATS in order to further her passion for helping her community. With a love for cooking, educating, and creativity, Halimah is always happy to work with her students and help them grow. In addition to teaching from the wonderful ATS curriculum, one of Halimah’s favorite activities is playing food-related card games with her students in order to further their understanding of the wonderful cuisines and foods the world has to offer. 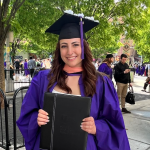 Gina is an educator with Allergic to Salad, and recently graduated from NYU with a masters degree in Public Health Nutrition. During her undergraduate years at Binghamton University, she studied Psychology and Health and Wellness, where she realized her passion for education and improving health and wellbeing. During her free time she loves to crochet, cook and bake. Gina believes that trying new foods and having a healthy relationship with nutrition are important skills to teach early in life.