In Korean, bibimbap simply means “mixed rice:” the rest is up to the interpretation of you, the chef! Fluffy jasmine rice is loaded into a bowl (often a hot stone bowl, which creates a delicious layer of crusty rice on the bottom) and topped with sauteed vegetables (called namul), meat, an egg with a runny yolk, and sauces like doenjang, a salty, savory soybean paste, and gochujang, a popular chili pepper paste that’s found across many other Korean dishes.

Historians believe that bibimbap evolved from Goldongban, another rice dish with meat, vegetables, and sauce, which likely came about sometime between the 14th and 16th Century. Eaten right before the Lunar New Year, Goldongban encouraged cooks to get rid of any leftovers and throw them into a rice bowl, thus setting the stage to start the new year with a clean slate. Bibimbap itself was first mentioned in Siuijeonseo, a late 19th Century cookbook likely written by a lady of the nobility. With its diverse textures and incredible flavors, it’s no wonder why the dish remains a Korean staple to this day! It’s shared origins with Goldongban also makes it a great dish to welcome the newness that comes with spring. 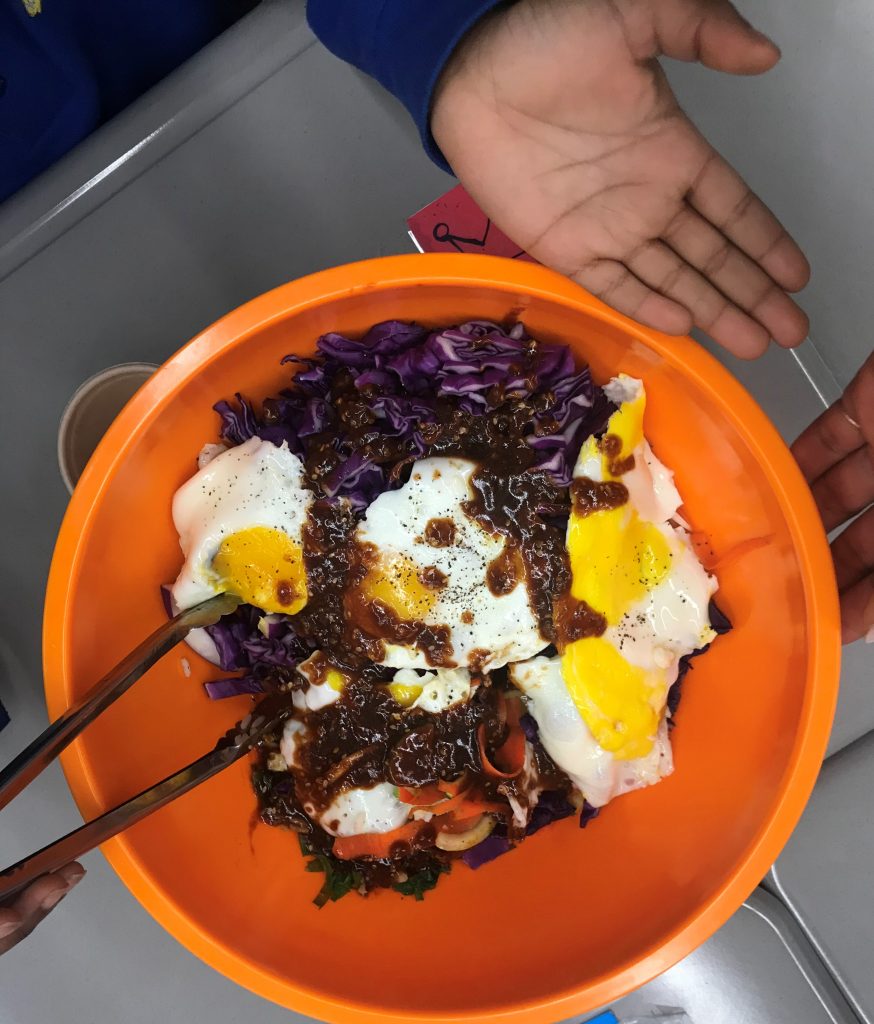 We chose Bibimbap as the March Recipe of the Month both because of how it is tied to the transition of seasons, and because our Theme of the Month is Cultural Appreciation. Learning about the context behind cultural and regional traditions is a big part of our curriculum at Allergic to Salad, especially in our Culinary Explorers classes for elementary-aged students. We teach the history and significance of the recipe that the students prepare so that they may come away both with a broader palate, as well as a deeper understanding of their neighbors’ traditions, both near and abroad.

By delving into more than just the flavors and ingredients of a dish, we honor the story it tells and the importance it may hold in its origin culture. In fact, food and stories go hand in hand. That’s why we compiled the list: Food Literacy Book List: Our Top 24 Food-Themed Children’s Books Picks. It even includes the book Bee-bim Bop!, which allows the reader to “follow the journey of Korean bibimbap from grocery store to table with catchy rhymes, and then make it yourself with the recipe at the end. Author Ho Baek Lee created this story surrounding traditional Korean bibimbap, which literally translates as “mix-mix rice,” to illustrate a slice of a modern Korean American family’s life.” An ideal read to accompany your bibimbap meal! 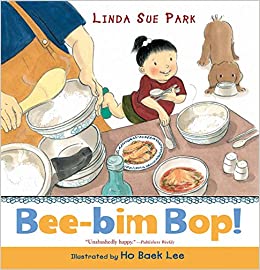 While kimchi is commonly available at many grocery stores, our blog post Fermented Foods: Featuring Kimchi includes a recipe for making your own. It is the perfect bibimbap accompaniment!