Week 13 was a celebration of spices, beans and legumes! The recipes for the week, Smoky Sweet Potato and Black Bean Chili, and Hummus, featured black beans and chickpeas. We even had one classroom get creative accommodating an allergy by using cannellini beans for their hummus.

Allergic to Salad educator Erica said that her students were especially interested in the spices they used for the Smoky Sweet Potato and Black Bean Chili. “The spices were very fragrant and it made all the kids really excited to give their chili a taste!”

She also covered the science of the ingredients used in the chili. “I broke down the different components of carbohydrates. We talked about monosaccharides and polysaccharides and how they differ when broken down in our bodies. I also provided examples of which fruits or vegetables have simple sugars or complex carbohydrates. We also talked about both soluble and insoluble fiber and its role in digestion.” 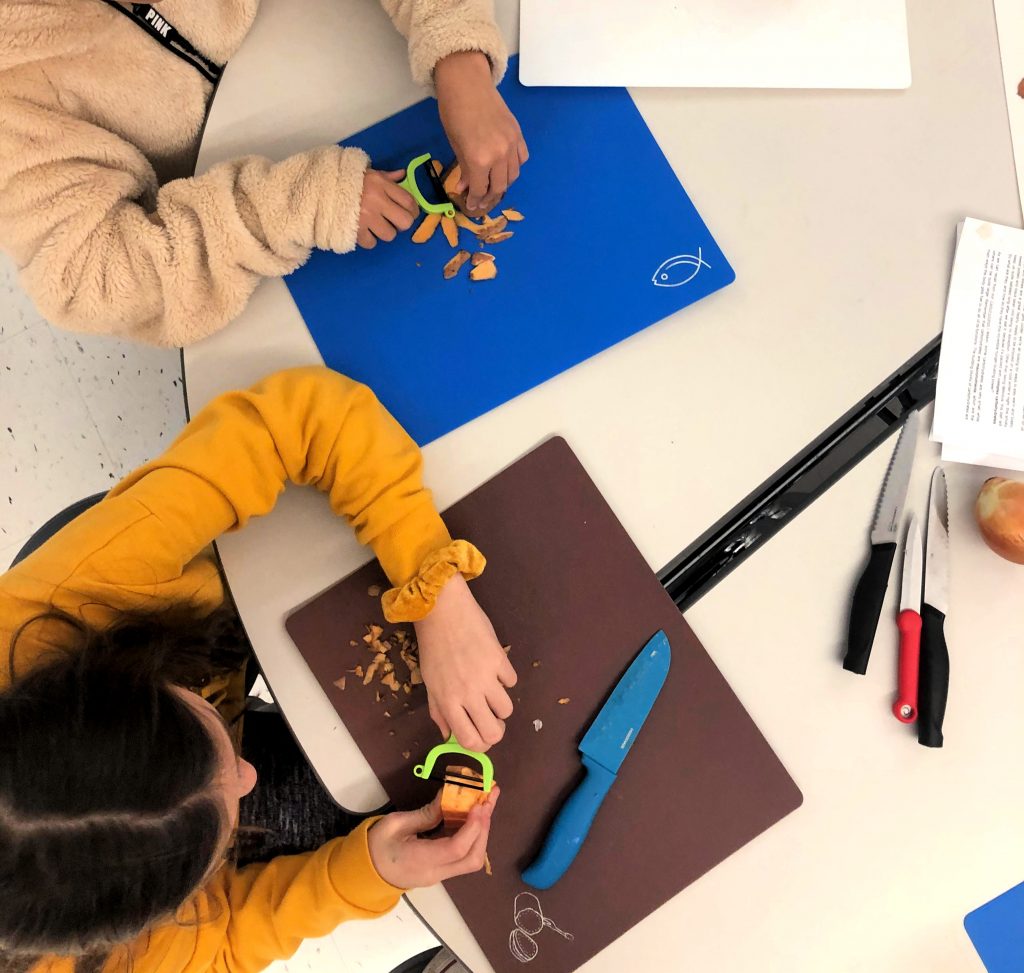 Allergic to Salad educator McKenzie’s students at Yorkville and The Computer School also had a great time cooking the chili. McKenzie shared that they “were eager to learn” and “very excited about cooking!” She also said that “the chili came out really well and everyone loved it.” In regards to her class at West End Secondary, “great clean up too.” Great job everyone!

Erica’s class at Playlab 133 also enjoyed learning about the spices in their dish. Her introduction to the hummus recipe included more senses than just taste. “We examined the shape of chickpeas and talked about how they got their name. Many students did not know about tahini and thought it smelled like peanut butter! When we blindly smelled our cumin, some students were able to recall the previous recipe we used cumin in and named the spice! I was really impressed.” 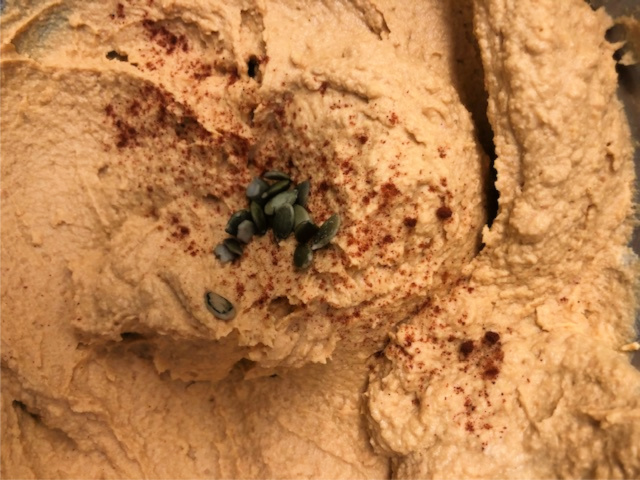 At Kew Gardens School, Allergic to Salad educator Anna introduced another ingredient into their hummus. “We made both pumpkin hummus and regular hummus. I separated the kids into two groups and had them work independently to make each type of hummus. I’ve noticed all kids love when I have them work in groups independently, following the recipe on their own.”

Similarly, at IS 78 Anna turned the cooking class into a friendly competition. “I separated the class into two groups and had the kids compete with each other to make hummus independently. They were judged on teamwork, organization, ability to follow directions, and final taste. They had the opportunity to sample each other’s hummus. We then sat together and enjoyed the meal together as a “family”.” 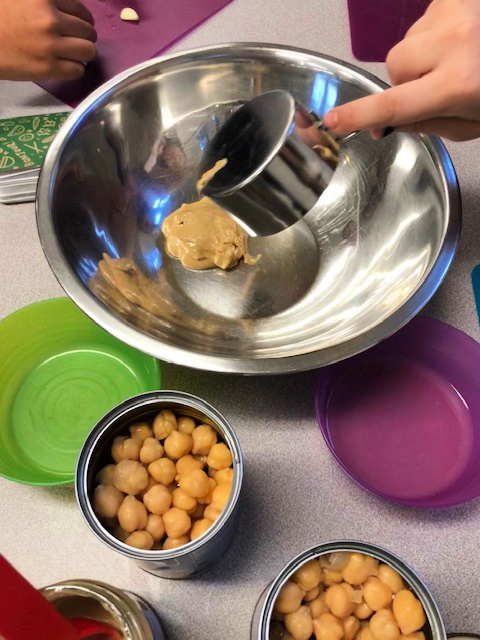 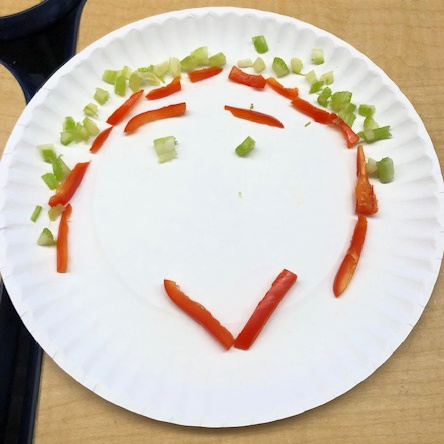 “The kids chopped peppers, celery and carrots. We diced them into smaller pieces and the kids made art out of them. We then mixed them into the hummus which we made together. They definitely enjoyed this recipe.” 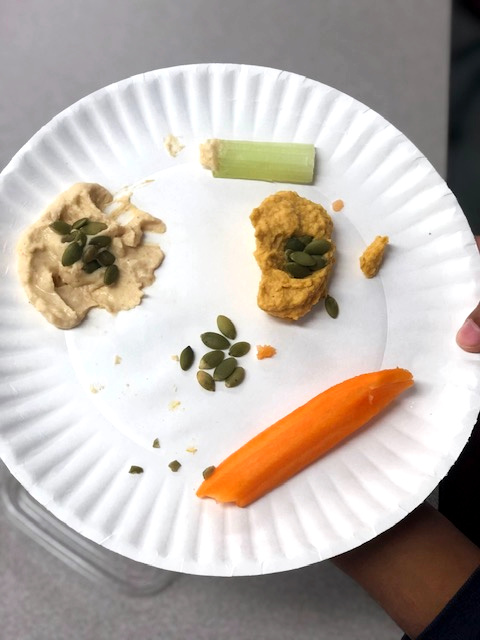 At PS 150, Anna had a little victory. Though students claimed to not like hummus before preparing the recipe, she said that she was surprised to find most of the students did end up liking it. That’s what we like to hear!

Allergic to Salad instructor Sharolyne also got creative with the hummus this week. “We followed the hummus recipe lesson but instead of chickpeas we used cannellini beans because one of my students is allergic. We then enjoyed the dip with carrots, celery, cucumbers. Everyone wanted seconds!” 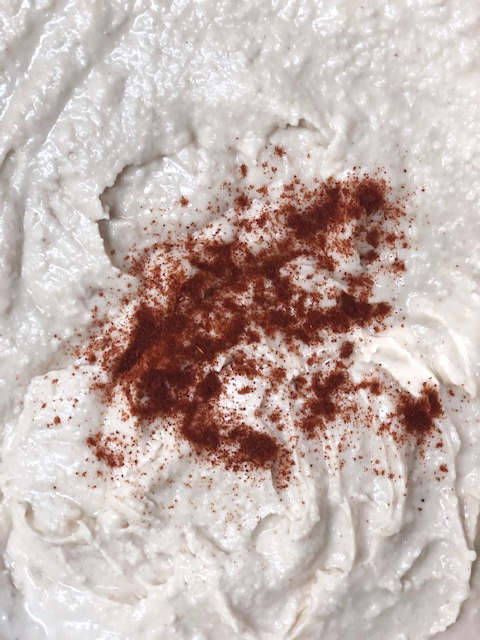 Speaking to the success of hummus in all our classrooms, Erica put it best – “Everybody loved this recipe! Hummus is one of the most loved recipes.”

So eat your legumes and beans, they are good for you, and they taste great! Take it from our young cooks!