“Yum was had by all!” – our favorite quote from Week 15’s array of recipe reports. From Sweet Potato Latkes with Applesauce, to Lemon Ricotta Bruschetta, to Spinach and Ricotta Gnudi, there was something for everyone this week! 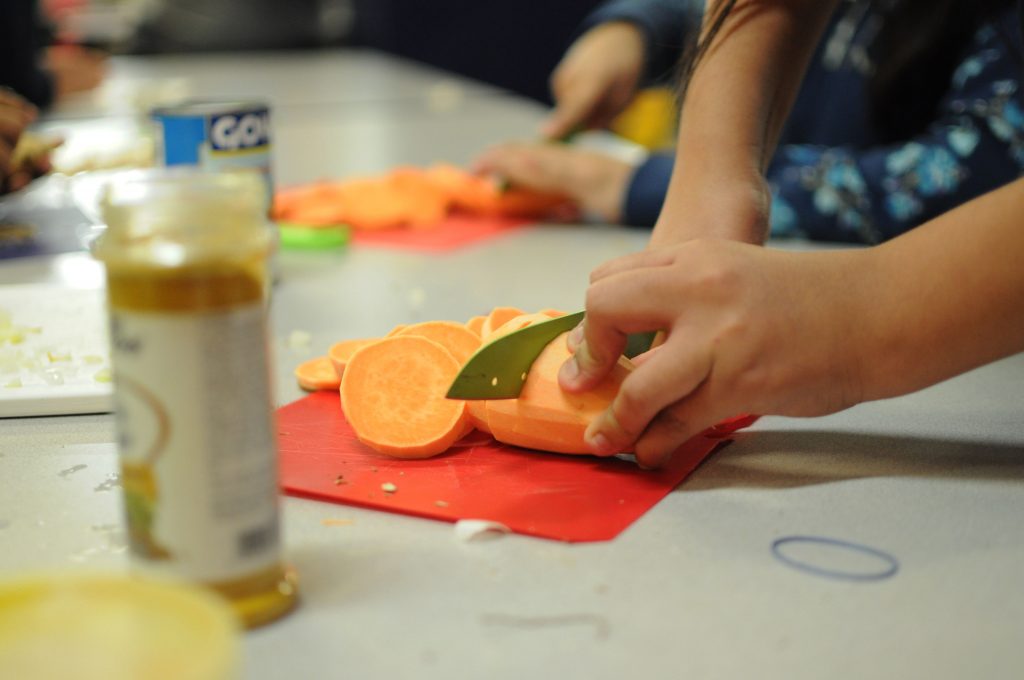 Though all of Week 15’s dishes had their fans, the indisputable star was the recipe for Sweet Potato Latkes and Applesauce which was well timed ahead of December holidays. In regards to her classes at P.S. 133K and P.S. 118, Allergic to Salad educator Erica had plenty of good things to say about the lesson:

“Many of the students were super excited to recognize the latkes we made. We talked about the upcoming holidays and how latkes are eaten during Hanukkah. We grated some sweet potato and onion. After sprinkling some cinnamon, we shaped our patties. I fried up the latkes while they students completed their passports. We served the hot latkes with applesauce. It was a huge hit! The latkes were super tasty and the kids wanted to lick all the applesauce.”

At Spruce Street School, our educator Christy added “Class went very well, with lots of interest and dedication in grating our potatoes. They also loved the applesauce, and while some did not love the latkes, others did and had seconds happily.” You can’t win them all, but we’re happy to hear the fans of the latkes weren’t just fans, but superfans. 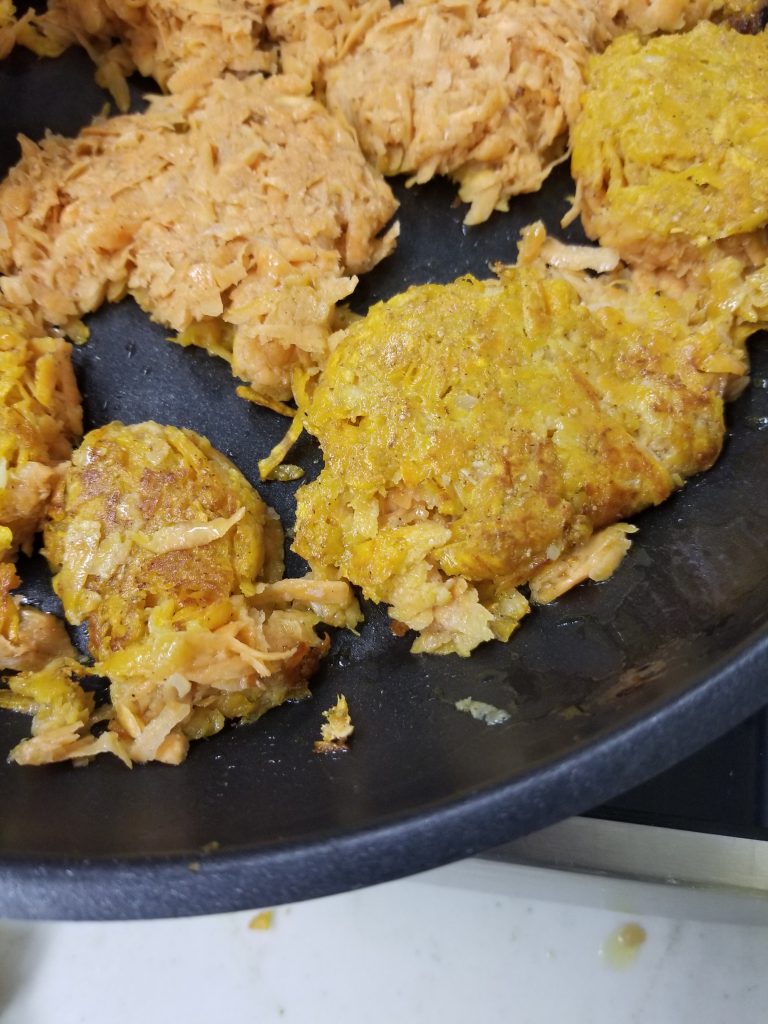 Allergic to Salad educator McKenzie made sure to touch on the nutrition of the dish at West End Secondary School. “We discussed holiday traditions and foods. I introduced the recipe and the nutrients found in the ingredients. Then I split the class into two groups and had each make one of the recipes. The class was eager to make both recipes. The applesauce came out really well.”

Another major theme of Week 15 was fresh ricotta cheese, which was featured in our Bruschetta with Lemon Ricotta and Spinach and Ricotta Gnudi recipes.

Erica’s students at IS 187 were served a side of science with their fresh ricotta recipe:

“We started off by reviewing last week’s topic of micronutrients. We then dove into a previous topic of macronutrients. Since we were making ricotta for this week, I explained the whole process of making this cheese. We defined denaturation, coagulation. I discussed the importance of the two major proteins in dairy products, casein and whey. While we all waited for the cheese to coagulate, I brought a serrated knife for everyone to practice cutting a few slices of bread. They then assembled their bruschetta and tasted!”

At Flagstone, Kelly’s students were also introduced to the mechanics behind making cheese while preparing the Spinach and Ricotta Gnudi. “We talked about the process of making cheese and the changes that occur in the milk. Most of the students liked the dish.” We also have to share that Kelly bragged that her students were great, eager to participate, and that her younger students were particularly good about trying the dish. Great job class!

Our educator Malena had similar success, “Ricotta was really successful and fun. We rapid baked the final gnudi and they turned out well.”

We hope these dishes let you have some yum of your own!