Week 19 fell during a festive time of year; Lunar New Year! In Chinese culture the celebration is marked with fireworks, dragon dances and special dishes, including dumplings.

Our educator Erica shared with us how much she enjoyed teaching the Vegetable Dumplings recipe concurrent with the festivities: “It’s Chinese New Year week! I was so happy to be making dumplings on such a special time in the year.” Erica went over the history of Chinese New Year before leading students in whipping up dumpling wrapper dough: “Some students rolled out all the dumpling wrappers while others prepared the dumpling filling. When the dumplings were made, we pan fried them until brown and crisp! The dumplings were tasty!” Bringing in a science component to the process, Erica also said ”we reviewed carbohydrates and how dumpling wrappers are made. We also went over the maillard reaction of pan frying dumplings.” 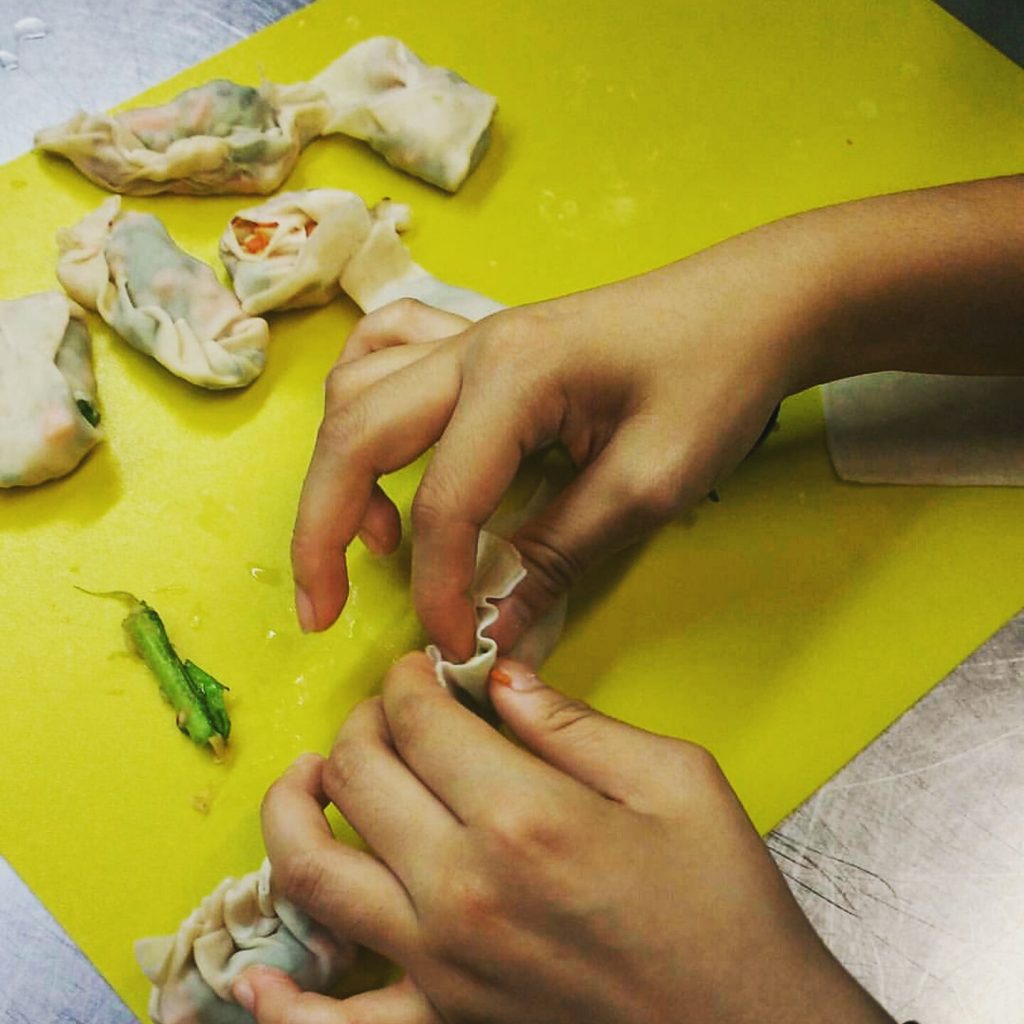 At IS 276, Allergic to Salad educator Taylor had some students that were skeptical of a veggie filling. “The students really enjoyed the taste and were pleasantly surprised since they were veggie.” We are always happy to hear about our young chefs coming around to the tastiness of vegetables. At Kew Forest School, Sydney’s class had more positive feedback. “This recipe was delicious and packed a lot of flavor with simple ingredients!” 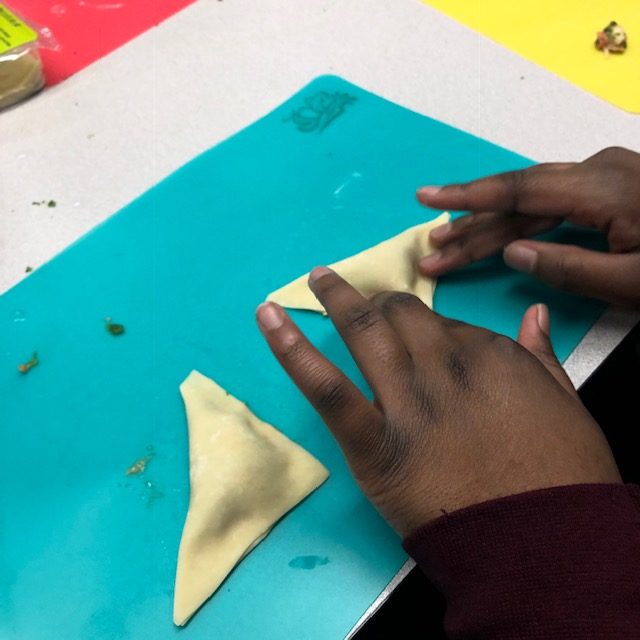 Allergic to Salad Educator Kelly found she had plenty of fans of the dish. “The kids were great. They loved assembling the dumplings. There were some students who had more experience with making Chinese dumplings so they added their own folds to their dumplings. All of the students loved the dish. They had seconds and thirds.” Like Erica, Kelly included a science lesson as a part of her instruction. “They learned about the differences between conduction and convection cooking and how we are using each method to cook the dumplings.”

While dumplings are a special part of Lunar New Year celebrations, they are delicious in all seasons! We encourage you to whip some up and find out. 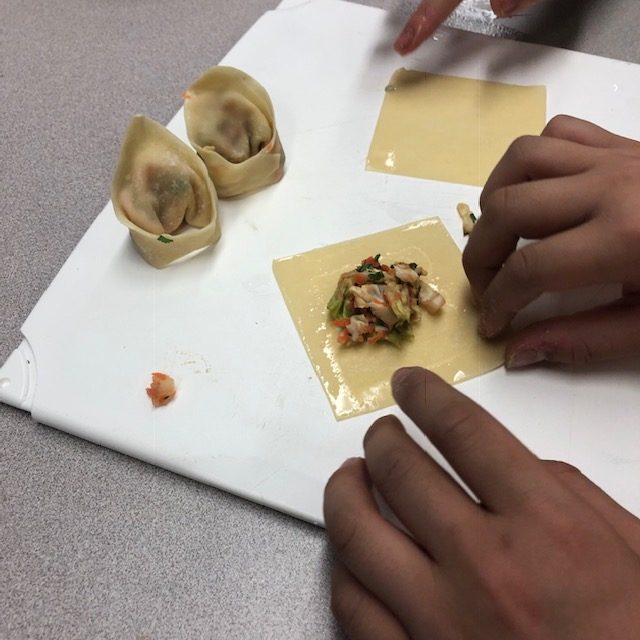